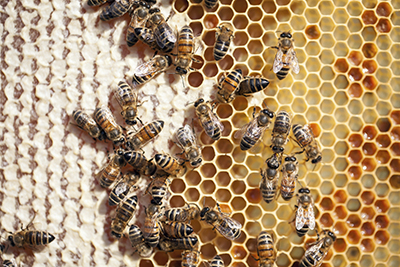 Yellow jackets and bees play a beneficial role in the environment, but large populations of them often become an annoyance and might require control to co-exist together peacefully.

When spring and summer arrive, Maryland homeowners start to encounter yellow jackets and bees around the yard.

The brightly colored yellow and black flying insects like to make an appearance during warm weather when there is food readily available. They are drawn to picnics, fruit trees, compost piles and garbage cans where they seek out an easy meal.

They are considered the most dangerous of the social wasps and hornets due to their sheer numbers and aggression.  A single colony can have as many as 5000 workers by the late summer. Nests can be built in the ground (in old rodent dens, under logs), in voids (buildings, between loose debris), and as aerial nests (like bald faced hornets).  If not eliminated earlier in the season, you should always consider a professional to do the work as a mistake can easily result in multiple stings. 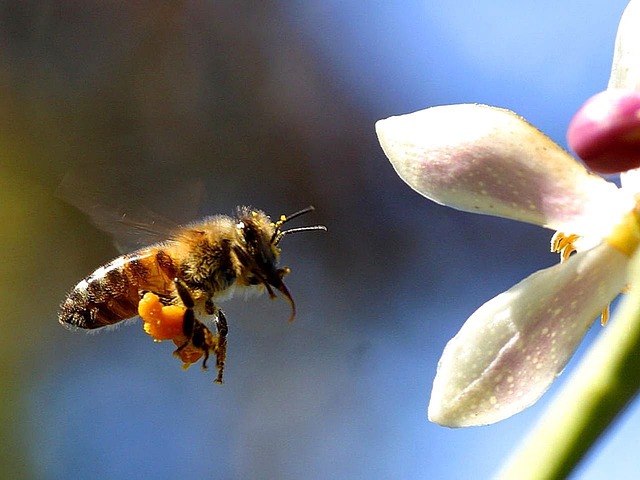 Honey bees play a critical role in the environment by pollinating flowers to help guarantee food production. The small furry bees live in colonies and are widely cultivated in commercial hives to pollinate orchards, crops and other vegetables. Honey bees only sting when defending the hive. The honey bee is the only type of bee that dies immediately after it stings due to its barbed stinger.

During the spring and early summer, the female carpenter bee hollows out a cavern in an unpainted wood surface to lay her eggs. The male carpenter bee will try to drive away any flying insects near his territory. Despite their aggressive behavior, male carpenter bees cannot sting. Only the female stings and she rarely bothers humans unless disturbed or handled. Most of the damage from carpenter bees comes later in the summer when woodpeckers rip the wood open to get to the bee larvae.

The large size of the bumble bee makes it seem intimidating, but these bees are relatively docile and rarely sting unless stepped on or defending their colony. They live in holes in the ground and spend their day collecting pollen and nectar. Avoiding bumble bees is the best policy. They rarely pose a danger to humans and their nests are usually undetectable.

Avoiding bees in general is a good rule of thumb. Be careful when approaching them and be wary of hidden nests.