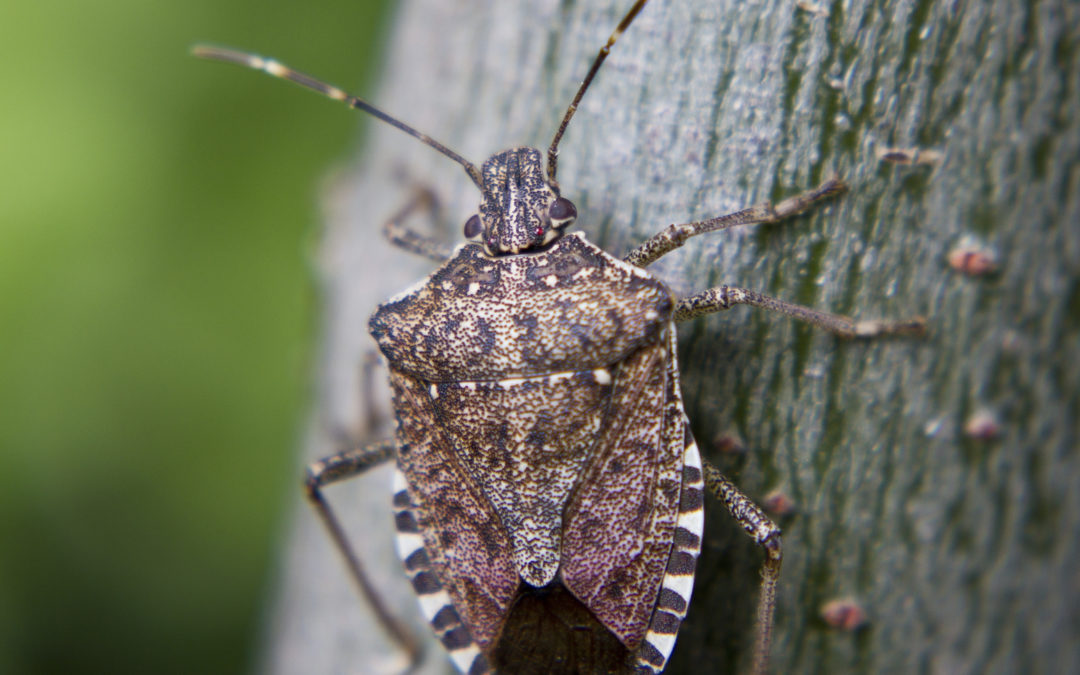 Stinkbugs, or more specifically the Halymorpha halys – the brown marmorated stinkbugs, are an invasive species in the United States, native to East Asia. It’s most commonly accepted that they stowed away on board cargo shipping containers in the 1990’s, and they’ve taken over in force since then. They’re found in most US States now, and are one of the leading causes of economic damage to fruit, vegetable, and field crops in the mid-Atlantic. And they don’t stop there. These ubiquitous little pests ravage food- and ornamental-crops in gardens all over the place, and can be somewhat tricky to get rid of – meaning more of their nasty odor in and around your house.

Many insects are actually fairly specific in what they eat, with some species of butterfly and caterpillar relying entirely on a single species of plant for their entire life cycle. Obviously, there are exceptions, and stinkbugs are one of them. They are able to feed on everything from apples to soybeans and from peppers to the leaves of your flowers. This adaptable diet allows them to flourish no matter where they are, as there is always something they can digest.

These bugs are one of the worst offenders for squatting inside people’s homes. During the fall, as temperatures drop, these little stinkers can fit inside the gaps of your home’s siding, chimneys, and even door frames. This seasonal migration indoors can result in thousands of stinkbugs waiting out the winter in your house. Be aware of the sunny southern side of your home specifically, as they may be found sunbathing for additional warmth. But they aren’t always quiet and respectful guests, sometimes taking wing and flying around your light fixtures. They communicate with pheromones and vibrations, sleeping in masse as snows fall. And come spring, they leave for their desired food plants, laying clutches of 20 or 30 eggs on the bottoms of leaves.

Why They’re A Challenge

One of the most challenging aspects to controlling this species is that there are few natural predators in the United States. Some parasitoid wasps and spiders are adapting to the use of stinkbugs as prey, and wheel bugs and woodlice have developed a taste for their eggs. However, the stink, which they derive their name from, is a natural bird repellent, meaning our feathered friends won’t be much help to us in this fight.

When To Address This Pest

Exterior treatment by a professional is very effective. The number one method for controlling the species is prevention. Timing is certainly critical and application of the insecticide must be done in the early fall to have an impact. If you need service and wait until mid-October it may be too late.

Eco Care is a family-owned pest-control company. Eco Care owner Erich Grove, a board-certified entomologist, uses science to get insects and other pests under control in Howard County and surrounding areas of Maryland and that means you have science on your side. If stinkbugs are troubling you and your home, please call our office at 410-465-3709 or schedule treatment online.