The NOT so Itsy Bitsy Spider 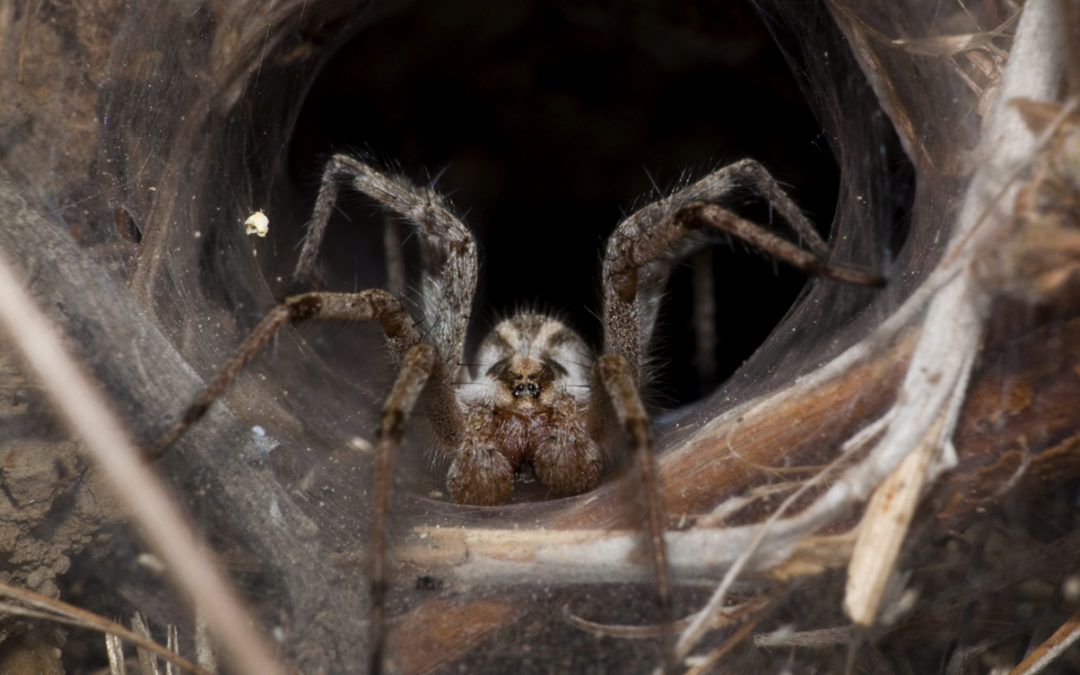 Did you know there are over 35,000 species of Spiders?

Spiders in Maryland play a crucial role in insect pest control. Their webs and hunting skills control the population of problem insects such as mosquitoes. Despite the undeniable environmental benefits that spiders play in the world, most people worry about being bitten by the eight-legged arachnids.

Virtually all spider species have varying degrees of venom that they use to immobilize their prey, but most spiders cannot bite humans and are not dangerous. Some spiders bite in self defense, but most species’ bites produce only a small red lump with itching that resolves itself in a few days.

In Maryland, there are only two spiders that are truly dangerous to humans: the black widow and the brown recluse.

The brown recluse, also called the fiddleback spider, is an invasive species from outside Maryland, but does on occasion stow into the state via cargo transports or other packages from the Southwestern and Midwestern United States.

The black widow is a glossy black spider that is native to Maryland. Females sport a red hourglass marking on their abdomens. The spiders rarely venture away from their webs. They tend to construct webs in areas that are undisturbed such as under decks, beneath building foundations or in uninhabited outbuildings.

One of the easiest ways to get rid of a spider and its web is to utilize a shop vacuum to vacuum up the web and spider. Safely dispose of the spider in another location away from the home by emptying out the shop vacuum’s canister. Webs can also be knocked down using a broom, but if the spider runs off it will usually rebuild its web. A high pressure washer can also wash away webs and spiders from around the home. Always pick up debris around the home’s perimeter so there are no hiding places for spiders.

To keep spiders away from the house, it is advised that all shrubs and plant life be clipped back from the home’s foundation to encourage air flow and sunlight. Homeowners should look for cracks in their walls or foundation where spiders can squeeze into the house. Seal up problem areas using caulk. Perimeter pesticides might control spiders for a limited time frame, but are not a long term solution.

With a bit of prevention and control, spiders and humans can happily co-exist. Download and share these great resources about the brown recluse spider and black widow spider from our friends at National Pest Management Association, Pest World.

If you’re concerned about spiders in and around your home, give us a call. We can inspect your property and work with you for a long term solution.