The Brown Marmorated Stink Bug is BACK! 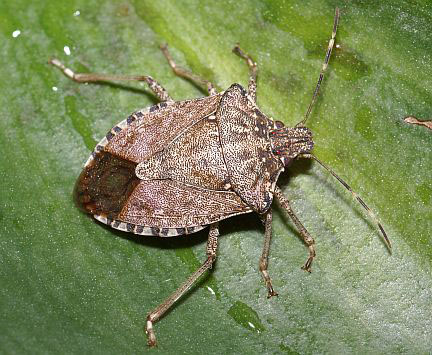 We’re starting to get reports that the brown marmorated stink bug is making its presence known in Howard County.  The average migration trigger date for central Maryland is September 22.  Stink bugs migrate to homes in the fall to overwinter. While they don’t do any damage or reproduce while in your home, they are a nuisance pest as they enter your living space during the winter and spring months.

Exterior treatment with a pyrethroid insecticide can be very effective. Timing is critical and application of the insecticide must be done in the early fall to have an impact. If you need service and wait until mid-October it may be too late.