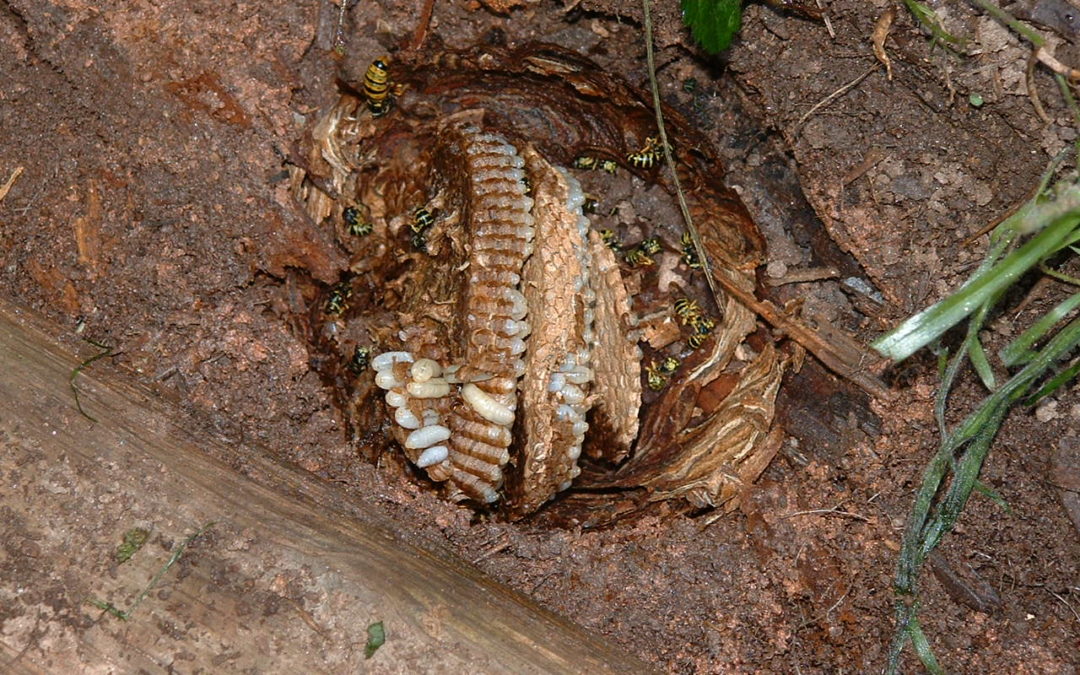 They are considered the most dangerous of the social wasps and hornets due to their sheer numbers and aggression. Yellow jackets eat other insects but are attracted to sweet smells and will hover over your summer picnic table. So be aware and don’t SWAT at them. They have a built in alarm system and if they are attacked or killed they will release a smell that alerts other wasps to come and HELP. They can and will STING repeatedly and are extremely aggressive.

A single colony of yellow jackets can have as many as 5000 workers by the late summer.

Yellow Jackets build paper-like nests HIGH and LOW and can be found in:

Here’s an example of how they nest in the ground and can easily be missed, even stepped on. 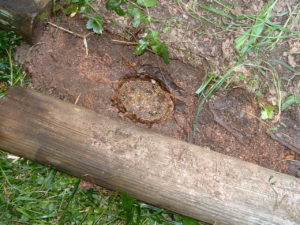 Some tips to keep Yellow Jackets at bay:

There are safe treatment options for you and your family. If you have an infestation, give us a call.