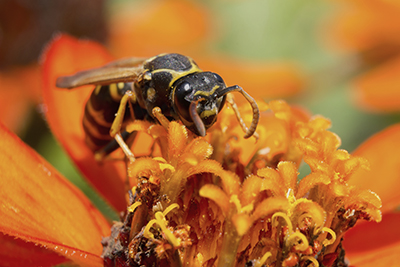 Nobody likes being stung by an insect. In most cases, a sting causes localized pain, swelling and itching. A few individuals will go into anaphylactic shock as a result of a sting, a life-threatening reaction that requires immediate medical aid.

There are several types of stinging insects in Maryland that people often encounter. 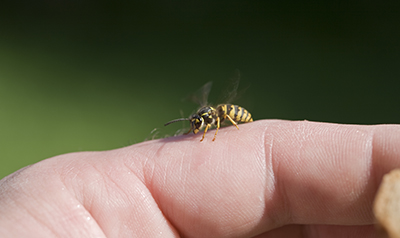 Bees commonly sting people. These flying insects are essential for pollination to produce vegetables, flowers and fruits, but their stings are quite painful. Bees only sting when they feel threatened or to defend their hives. When a honey bee stings, it leaves its stinger in the person. The stinger will continue to pulse venom into the skin, so it should be promptly removed by scraping it off the skin. 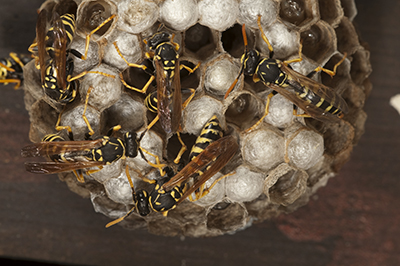 Paper wasps are quit common in Maryland and do sting. Females build small, gray paper-like nests on the eaves of homes, under hand rails and behind shutters. During the fall months, females will try to enter homes to cluster away from the cold. Despite their affinity to construct nests on homes and decks, paper wasps are beneficial to the environment because they consume pests such as caterpillars, which can wreak havoc on crops.

When summer starts, yellow jackets appear. These black and yellow wasps are often mistaken for honey bees, but yellow jackets commonly congregate around garbage cans, compost bins and picnic tables. The University of Maryland reports that yellow jackets sting more people than any other type of bee or wasp. 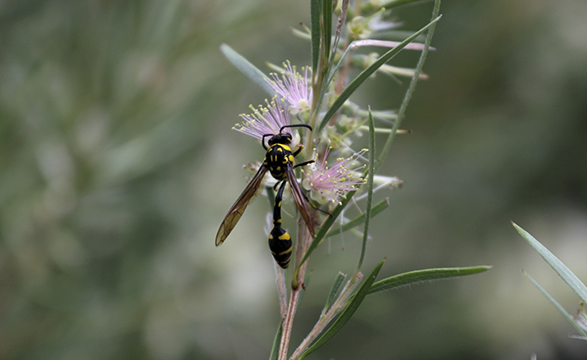 Several species of solitary wasps are frequently encountered by homeowners. They are usually shy and rarely sting unless cornered, but can look threatening.  Mud daubers are probably the most commonly seen around homes in Maryland.

Here are several tips to help anyone avoid being stung.

With a bit of knowledge and prevention, stinging insects, humans and animals can all coexist peacefully. Don’t hesitate to call us if these stinging pests become invasive.