How To Recognize Different Types Of Stinging Pests 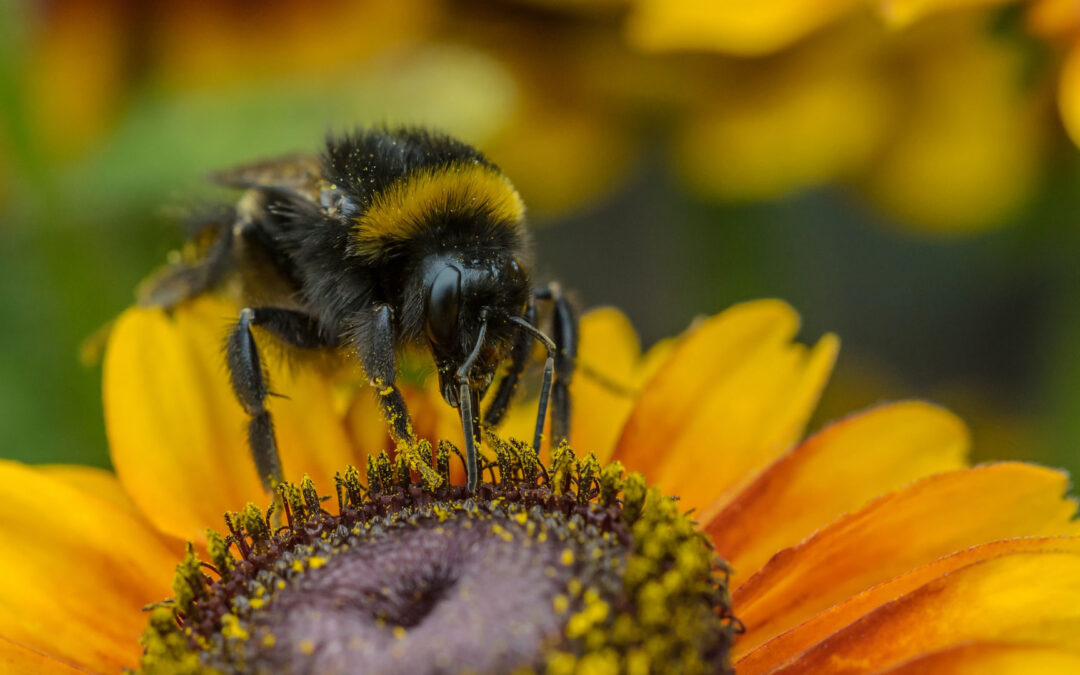 Before you go crazy and spray the equivalent of a napalm bomb on your backyard, it’s probably a good idea to get to know a few of the common pests you might see to know which ones can hurt you—and which ones can’t.

Bumblebees are your classic yellow and black striped bee, but they are furry all over their body. This is an important distinction from other species, which often only have fur on the upper part of their body (called the thorax).

Bumblebees will sting if provoked or near their nest (like all social bees), they generally will leave humans alone. Interestingly, bumblebee stingers are smooth (unlike some of their bee cousins), which means it can be used multiple times.

Carpenter bees are often mistaken for common bumblebees, but their colors tend to be less stripy and more solid. They get their name from digging holes into wood, where they like to make their nests and raise their young.

Carpenter bees can sting you, but they won’t unless handled. That means staying away from the entrance of their nests—typically a series of small holes—and certainly no poking the holes.

Honeybees are also yellow and black striped, but their tail end (the abdomen) tends to be smooth and shiny.

Honeybee stings tend to be very painful, as their stinger has barbs that embed themselves into their target. They generally only sting if they perceive a threat to their hive, so like carpenter bees, it’s best to leave their nests alone.

With their yellow and black stripes, Hoverflies might look a lot like bees, but they’re far from it. Hoverflies are harmless, and they don’t even have a stinger. As their name implies, all they do is hover near flowers (they eat pollen and nectar just like some bee species).

Paper wasps are named after the paper-like nests they build. Although they can have yellow and black stripes, they are also sometimes brown or copper-colored (species with these colors are not as common in North America).

Paper wasps can be very aggressive and dangerous, but they tend not to attack unless provoked. Their stinger also contains toxins that can be harmful to humans as well as pets.

Yellowjackets are a type of wasp and are often mistaken for paper wasps. Both have yellow and black stripes, but the yellow jacket wasps tend to smaller in general, but with a thicker waist. They’re also often confused with honey bees but tend to be less furry, longer, and thinner.

Yellowjackets can sting multiple times, and their sting injects a potent venom that’s incredibly painful, can cause major swelling (even if you’re not allergic), as well as problems with breathing and swallowing. Their stings can even cause dizziness, vomiting, or diarrhea.

Call in the Pros

​If you see any of these pests flying around your yard, it’s best to call a professional. We can safely and ecologically remove any of these stinging pests, ensuring you can get back to enjoying the summer weather as soon as possible.