Charlotte’s Got Herself a Big Ol’ Web: Types of Spiders in Maryland 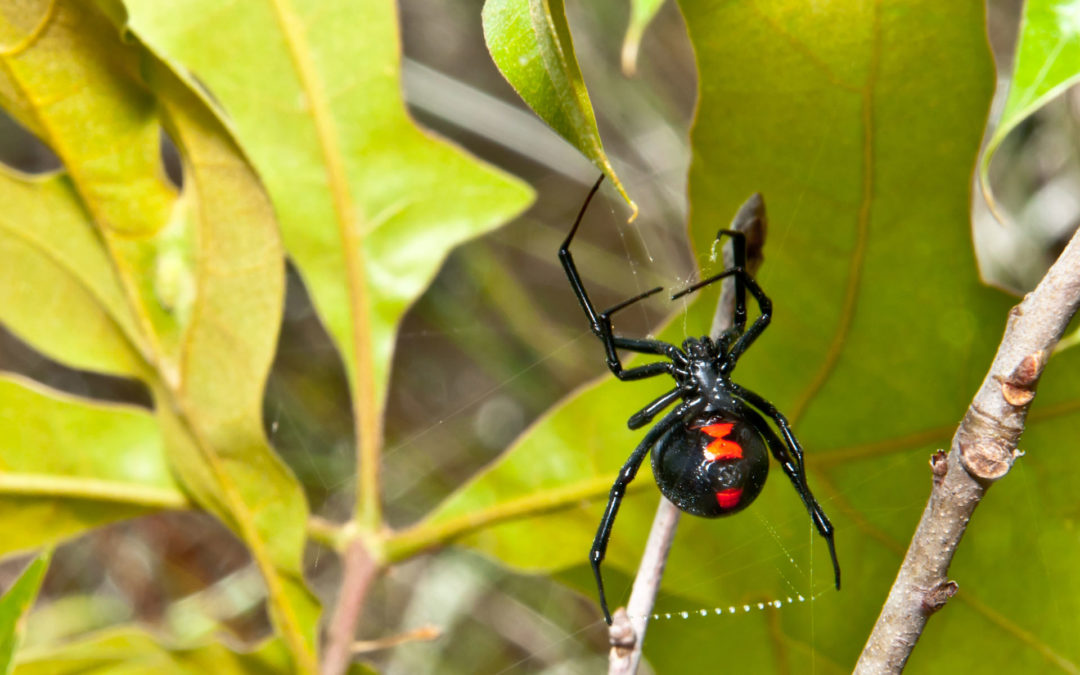 Types of Spiders in Maryland

From Charlotte to Spider-Man, books and movies have tried their best to make spiders look less threatening. But even though mainstream media has gone out of its way to make these movie spiders to seem less scary, there are many real life spiders in Maryland that you should avoid. While there are about 35,000 known spider species in the world, there are about 3,000 of these species that are found in North America. But how many of these spiders are found in Maryland? Read on to find out!

Cellar spiders are easily spotted by their extremely long, skinny legs with a smaller body. They make stringy webs that are typically in the corner of a room and life off of flies and gnats. When food is scarce in the winter, these spiders have been known to eat other spiders. Commonly found in homes, they typically stay in one place and do not bother humans.

Black widow spiders are the only indigenous spiders in Maryland that pose a threat to humans. These spiders are easily identified by the female spider. Female spiders have shiny black bodies with a red hourglass on their bottom. The males have a more vibrant pattern on their abdomen that is made up of red and white spots, but males are rarely encountered. Black widows are classified as a cobweb spider that spends their time in their webs in undisturbed areas of porches or in sheds.

Crab spiders are not active hunters. Instead, they use the art of camouflage to snag their prey. Named after their crab-like appearance, these spiders have large front legs that are often held out to the side. They come in all different colors, which makes it easy to blend in with their surroundings. Since they tend to eat insects, crab spiders are an asset to your garden and home.

Similar in looks to the wolf spider, funnel spiders have three rows of eyes and make webs, unlike wolf spiders. These spiders get their name by building a funnel-like web along the ground. They use the webs to quickly snatch up prey when it comes near the web. This hunting strategy means that these spiders are built to be incredibly quick.

Jumping spiders are brightly colored and are named for their rapid movements that consist of jumps and short runs. They also have a set of large eyes in front while having three other pairs of smaller eyes. Their keen eyesight makes them wonderful hunters. Although they do not build webs, they do use a silk tether when they pounce on their prey. They are often found inside or around human structures like barns and sheds.

Nursery web spiders are large, hairy spiders with a dark stripe that runs through their eyes down their back. There are several species in the Pisaurina genus, but these are the most notable. They are called nursery web spiders because these spiders often carry egg sacs in their jaws then build a “nursery tent” before they hatch. The female spider will guard the young until they reach their first molt. They get up to an inch in size and are usually found in homes, but do not pose a threat to people.

Wolf spiders are agile hunters that live alone and are active hunters. They have exceptional eyesight and often hunt at night. Similar to cats and dogs, their eyes are reflective so they can be seen at night if you shine a light on them. Wolf spiders are brownish-gray and can grow just over an inch in length. Wolf spiders are often confused with brown recluse spiders, which are not native to Maryland. The female spiders will often carry their eggs on their back until they hatch. Once hatched, the young will ride on her back until they are large enough to hunt on their own. Wolf spiders are not aggressive and only bite when threatened.

These are just some of the most noticeable spiders found in Maryland. For more information on dealing with the spiders in your area, call Eco Care Pest Management today!