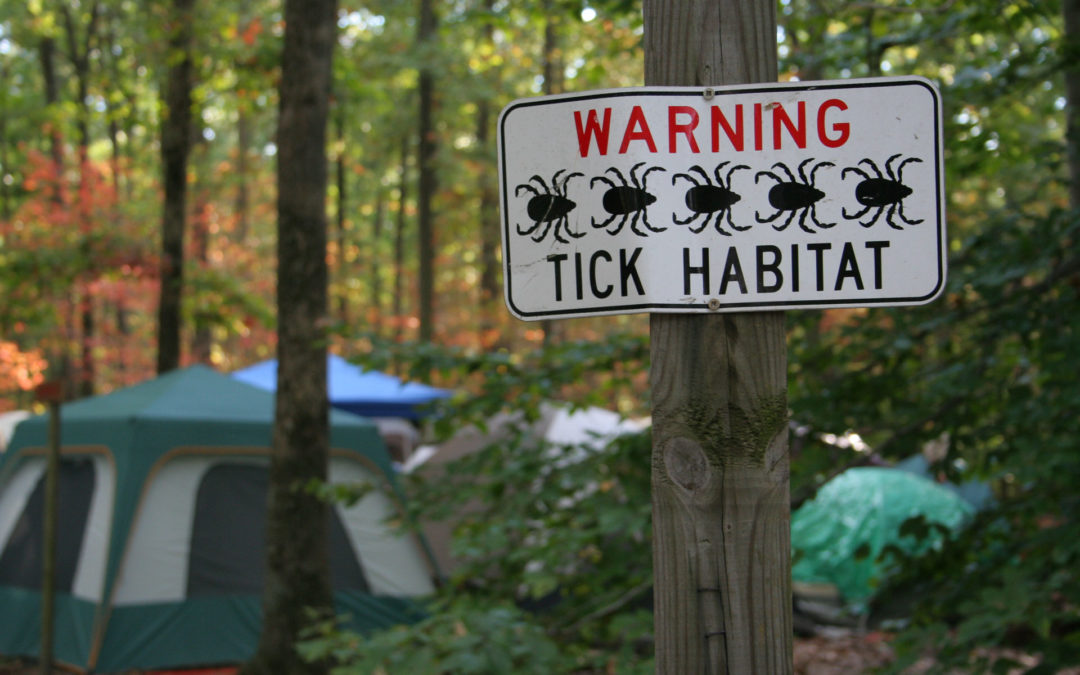 The Different Types of Ticks Found in North America

According to experts, this summer could be one of the worst years for ticks on record. After a long, mild winter and plenty of rain, ticks are going to be out in full force this year. But while there are many kinds of ticks that are found around North America, there are only a few of them who prefer to feed on humans. While some ticks cause annoyance and direct harm when they feed, others can actually transmit infectious diseases. The ticks that feed on humans include the American dog tick, brown dog tick, deer tick, and the lone star tick. Let’s look at the different types of ticks found in North America.

The American dog tick is the most frequently encountered ticks and is often referred to as the wood tick. Unfed male and female ticks are reddish-brown and about 3/16-inch long. Females have a large silver-colored spot behind their heads and become half an inch long after feeding, or about the size of a small grape. Males have fine silver lines on the back and do not get much larger after feeding. These ticks often feed on humans and on medium to large mammals like raccoons and dogs. These ticks are most active in April through June and can transmit Rocky Mountain spotted fever, tularemia, and ehrlichiosis.

Lone star ticks are found around the southeastern and eastern U.S. But this aggressive tick has been expanding its range westward and northward in the past few years. This tick actively seeks out hosts by climbing onto plants or objects while waiting for a potential host to pass by. Lone star ticks are more active in May through late September. Lone star ticks actively seek out larger mammals including humans, dogs, cats, and deer. Female ticks are easily recognizable by a single white dot on the center of its body while males have spots or streaks of white around the edges. Lone star ticks are larger than blacklegged ticks. These ticks do not transmit Lyme disease but can spread pathogens that cause other tick-borne illnesses like ehrlichiosis and Rocky Mountain spotted fever.

Also known as the blacklegged tick, the deer tick is active all year long in different stages of its life cycle. The larvae, or babies, are active from July through September while the nymphs, or young adults, are active from May through August. The final stages of these ticks are their adulthood where they are active October through May. Deer ticks often feed on humans, cats, and dogs. Adult male deer ticks do not feed and are brown in color and slightly smaller than adult females. Females are about 3 to 5 millimeters long and red and brown in color with eight legs. An engorged female appears darker in color and can reach up to 10 millimeters in length. These ticks can transmit Lyme disease, anaplasmosis, and ehrlichiosis.

Brown dog ticks are found worldwide and occur predominately around and in settlements where humans and dogs are found. These ticks prefer dogs as their primary hosts but will also bite humans and other mammals. A tick can survive up to 18 months without feeding and can go through all three life stages year-round. Adults are large ticks and can grow up to half an inch long when engorged. Unfed adults are a reddish-brown in color and lack any distinctive markings. While these ticks do not transmit Lyme disease, they can transmit anaplasmosis and ehrlichiosis as well as other tick-borne pathogens.

These are just some of the many ticks found in North America. For more information on keeping your pets and family safe this summer, call Eco-Care Pest Management today.

From termites to ticks, Eco-Care does it all! A family owned and operated company, Eco-Care has been serving central Maryland for more than 21 years. Eco-Care works with a scientific approach to getting rid of the pests in your home for good. With specially trained field technicians, we can help your home stay pest free!  For more information on our services, call Eco-Care today!