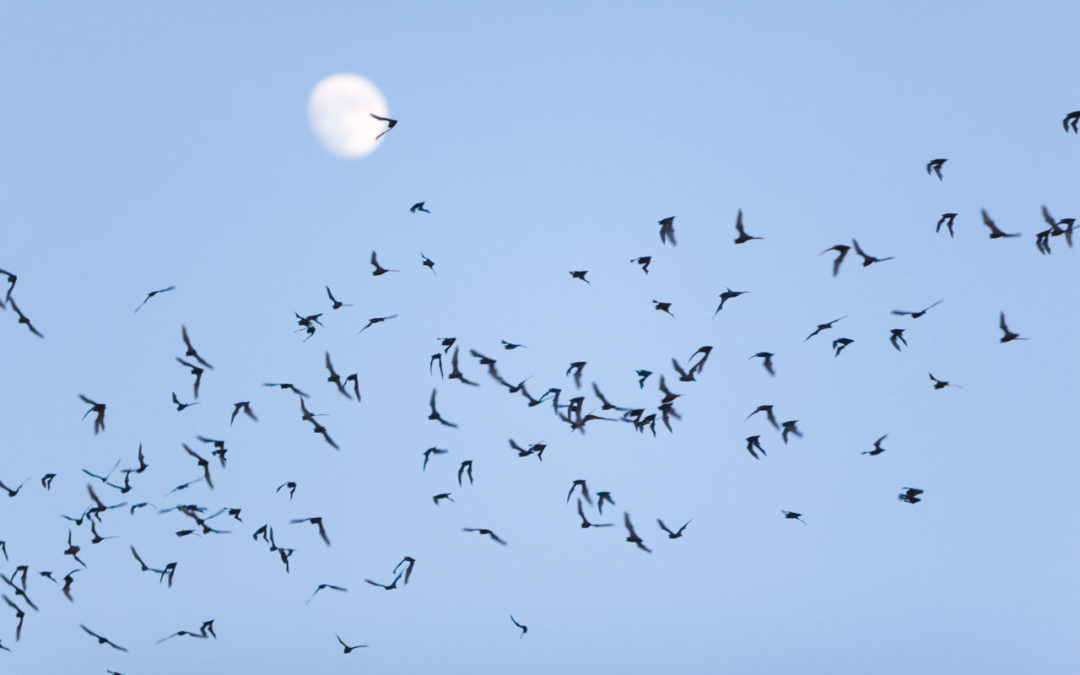 Bats Get A Bad Rap

No thanks to Count Dracula, bats now have a very bad reputation as disease carrying, blood sucking demonic parasites. These perceptions of bats are very wrong. Bats are timid, gentle nocturnal animals that generally avoid contact with humans. They do not even carry rabies as much as animals like raccoons and skunks. Rather than detest them, we should be grateful for them because almost all the bats found in North America feed exclusively on insects. They consume more mosquitoes and other insects than most other birds.

Most insect feeding birds are diurnal and only feed on insects that are active during the day, but bats target night flying insects. They feed majorly on mosquitoes and moths, but they also consume other insects irrespective of their size. They are capable of consuming half of their body weight in insects every night. An average colony of bats can consume over 100 tons of insects in one season!

Studies undergone in Canada and Kansas in the last few years have shown that bats can efficiently control corn rootworm moths thereby decreasing and sometimes totally eradicating the use of agricultural insecticides in some places. Imagine how efficient they’ll be in your garden if they are that efficient on a large scale.

Bats are not just useful for controlling insects; they are also a good source of fertilizer. Their excrement is a very valuable organic fertilizer. Bat guano has 1% potassium, 10% nitrogen and 3% phosphorus and it has no fillers like other types of fertilizer. This fertilizer is very useful for herbs, flowers and vegetables. It also lasts very long in the soil.

Bats prefer to stay hidden in a house so they usually stay up in the attic or in the eaves. You’ll know you have bats in your home if you have bat scratches on your wall and hear their high pitched squeaks at night. These sounds usually come from the ceiling or from the insides of the walls. Almost all the bat species found in the USA are insectivorous with the exception of three flower eating species that are immigrants from Mexico. Bat families commonly found in the US are Phyllostomidae, Vespertilionidae, Mormoopidae and Molossidae. The little brown bat or Myotis lucifugus is the most commonly found bat specie in the USA.

A major source of concern for homeowners are the diseases that can be spread by bats. But not to worry, bat diseases are rare and few. The two major bat diseases that worry homeowners are the rabies virus that occurs as a result of being bitten by a bat in its virulent stage and the lung disease “histoplasmosis” that can come from the bat guano. This is dangerous to infants and people with low immunity. But it is very rare to catch.

No Need To Fret

Don’t be scared of bats because of myths you might have heard. Bats are helpful and friendly creatures. Eradicating bats from your house and placing a bat house in your backyard will offer you all the benefits that bats have to offer and give bats a safe, secure place to live all while circumventing the disadvantages that come with them. They’ll eat insects and mosquitoes that might damage your flowers and vegetables, produce guano to be used in your garden and you won’t need to fear mosquito bites while relaxing outdoors in the warmer months!

Eco Care is a family-owned pest-control company. Eco Care owner Erich Grove, a board-certified entomologist, uses science to get insects and other pests under control in Howard County and surrounding areas of Maryland and that means you have science on your side. If pests are troubling you and your home, please call our office at 410-465-3709 or schedule a free consultation.