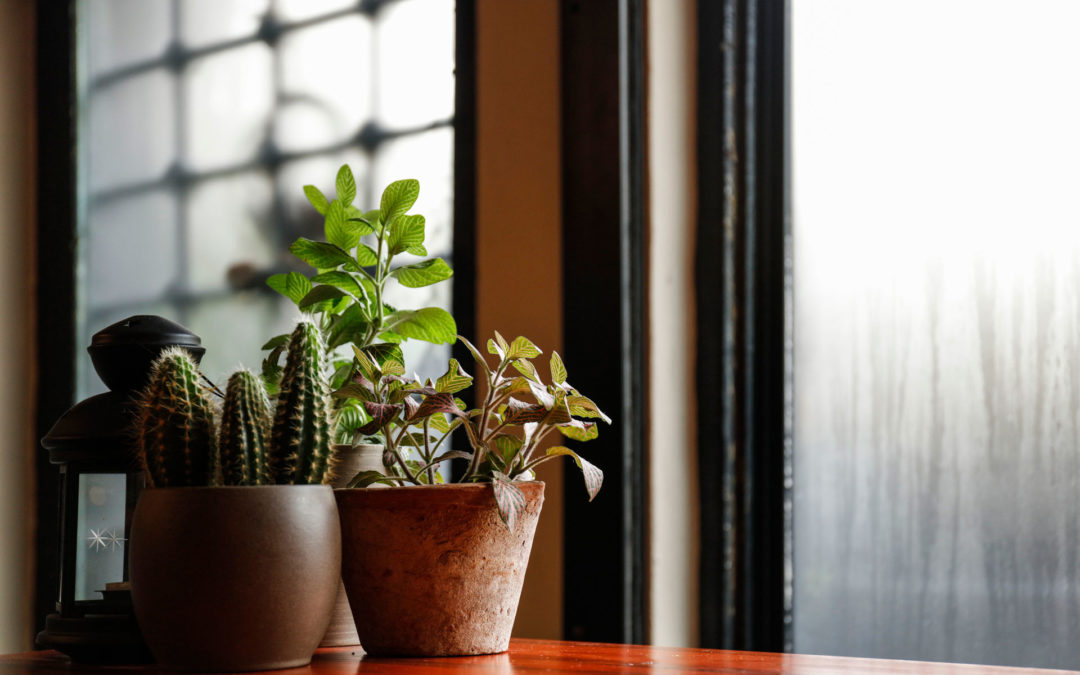 There’s a funny urban legend about a woman buying a cactus at a home furnishings store. She takes it home, finds a nice place for it, and leaves it. A little later, out of the corner of her eye, she thinks she sees the cactus plant moving. She turns to look, but it’s not moving. Later, she thinks she sees it moving again. This time, she goes to inspect the plant, only to find it wasn’t the plant that was moving, but thousands of tiny spiders! Completely freaked out, she sets the house on fire and runs out, glad to have barely escaped the clutches of death while the spiders—and all her personal belongings—suffer a fiery death.

Of course, this is just an urban legend, and there are many similar versions—scorpions, tarantulas, etc. But we’re in the season where houseplants are a common purchase, and it’s definitely possible for them to carry some unwelcomed stowaways. Here are a few more common ones you might find—and how to get rid of them.

Aphids are among the most common insects you might find on houseplants, but they’re also one of the more deadly ones—as far as the plant is concerned. They basically suck the sap out of the plant, preventing it from growing. In extreme cases, they can even kill a plant. The easiest way to get rid of aphids is with ladybugs, aphids’ natural predator, but if you don’t want additional bugs in your house then you can also spray your plants with neem oil or vinegar. There are also some insecticidal soaps you can use, but be careful of using them in a closed space, as they can also be toxic to pets and humans.

These little flying pests love some of the more holiday-type plants like poinsettias, but also go for geraniums, African violets, and carnations. They’re small, grey-black flies that might even look like mosquitos. They particularly like damp soil, and are commonly found when plants get too much water. They can be dealt with in a number of ways, but the first step should be to cut back on watering, which kills larvae and slows or stops the development of new eggs. You can also apply sticky traps near the soil surface to capture any egg-laying adults. Lastly, natural insect killers containing peppermint, cinnamon, and sesame oils can help to get rid of these pests.

While that new cactus might not be full of spiders, it’s common to find spider mites on plants. These tiny spiders are barely visible to the naked eye, but the webbing they weave around your plants makes an infestation easier to identify. Additionally, if your plants are infested, they will likely have patterns of small spots or stippling. While most of their damage is aesthetic, they can destroy houseplants if left unchecked. Unlike other pests, using pesticides generally has little effect on these creatures, as they’re able to develop resistances, and it’s therefore better to use natural treatments. The first step in stamping out a spider mite infestation is to simply wash off your plants. Also be sure to cut off any parts that seem infected to prevent them from spreading to new parts of the plant. Additionally, there are a number of natural treatments, such as Neem oil and other organic insecticides.

If You Have Any Major Pest Infestations, Call A Pest Control Professional

We’re happy to take a look and suggest a safe course of action. Contact us for a free estimate to remove pesky creatures from your property.